was my passion from a young age! 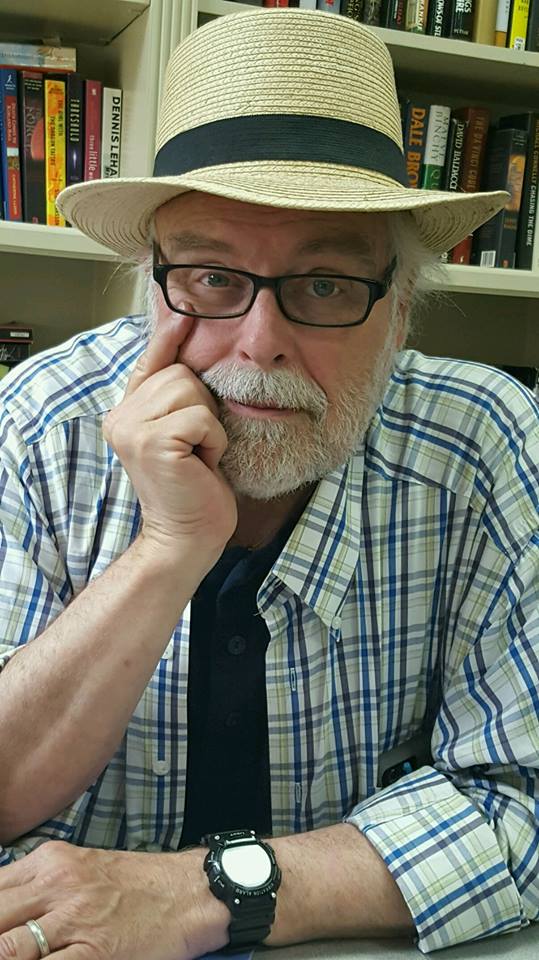 Mike has been writing since Middle School – short stories about friends and their adventures in strange and exotic places. Stories that would wind up, sooner or later, buried in some trash can by a mother who believed a neat and tidy room was next to godliness. It was no big deal at the time- a career in writing wasn’t in his thinking. It was just a fun thing to do while entertaining himself.

As a senior in high school in Metairie, Louisiana, Mike won the Journalism Gold Medal Award; a prize he cherished – especially since he was competing against some of the smartest students in the class. Even at this point, he still never considered writing as more than a pleasurable pastime. He continued to write in college and was recognized for his attributes in writing, especially by his history professor, Dr. Thomas Howell.

In his first job at Pinecrest State School in 1974 as a Speech Therapist,, he collaborated with Nathan Canella, the music therapist, to produce Eggs! Eggs! Eggs! an Easter musical that was performed at the school for many years afterwards. He also wrote his first instructional manual for teaching sign language to non-verbal students at the school. Later, as an Educational Consultant for the Department of Education in Baton Rouge, Louisiana, he wrote numerous training manuals for special education teachers and administrators covering a variety of special needs students.

In 1995, Mike traveled to Costa Rica and taught there for three years. He continued writing about the wonderful people he encountered while traveling around the country. The bug to write was still there, but the thought of becoming a published author, was not part of his life’s equation.

It wasn’t until about five years later, after returning to the states, did the urge to publish take hold. It took almost ten years to finish writing two young adult books. It was after retiring, and a move to Georgia before he realized the opportunity to become published. Only after becoming a part of the Scribblers’ Christian writers group in Norcross did publishing his works become a reality. Mike gives much credit to Charles de Andrede, the leader of Scribblers, for his direction and encouragement to him personally in the completion of his first two published novels. A year and a half after arriving in Georgia,

Mike married Leda Still, a budding artist with whom he collaborated to jointly produce a third book called “The I Hate Vegetables Book of Poetry for Kids” published for Christmas 2018. Additional books have been two volumes of “Ordinary People – Extraordinary God,” drama books for adults and older young adults. The books contain mostly monologues of unnamed characters in the Bible who had life-changing encounters with God. The stories about what happened to these characters might be called what a prominent Baton Rouge pastor referred to as “Sanctified Imaginations.”

During the Covin-19 shelter-at-home government mandate in 2020, Mike utilized the time to write four additional children’s’ books “Eggs! Eggs! Eggs!”(an Egg-citing Easter Tale), “Ms. Mouse Wants a New House” (A church mouse searches and finds the perfect home), “Ramblin’ Rudy – A-Could-Be-For-True Dog Story” (What may have happened to Rudy before we adopted him), and “The Bird Nest Real Estate Agency” (Mr. Mocking helps different birds find their perfect nest to raise their fledglings). He also used the time to work on his website, help other Scribblers authors to publish their books, and to script his upcoming podcast, “The Mike and Friends 2 Show.” Three additional books are scheduled for publication in 2021, “Creation Story at the Supermarket,”(a children’s book about how God created the world) “Blood on the Gradebook,” (a young adult mystery) and “Santa Visits the World”(a children’s book about Santa checking on all the children of the world for his ‘Nice List’).

Mike Owens is a true artisan. Not only does he write, but he also creates musicals, and acts in both his own and other works. As a Christian writer, one is often left thinking that writing needs to be spiritual in some way, but Mike finds wonder in the simple things in life, and demonstrates why everyday life should be wonderful to consider. Whether it is a series of poems about the reasons children might give for not liking vegetables, or the stories about cattle drives, and life in the west, or the life of a river boat man, and the trials of the son of the man known as Mike Fink, Mike Owens tells stories that you can visualize and relate to. For Mike, writing is about telling stories, and he does an exceptional job developing the characters and then connecting their lives with his readers. Enjoy his foray into published storytelling, it will be time well spent.

Are you an aspiring author?